How Does the Indiana Court of Appeals Work?

The Court of Appeals is the second-highest court in the state of Indiana and one of the two intermediate appellate courts in the state’s judicial system. The Indiana Court of Appeals has appellate jurisdiction over all decisions rendered in any of the Indiana trial courts and decisions of any state’s administrative agencies and special government groups, including the Utility Regulatory Commission, the Worker’s Compensation Board, and the Department of Workforce Development.

The Court of Appeals must accept all appeals sent to it, except in the following cases:

The Indiana court system consists of five appeal districts, and the Indiana Court of Appeals comprises three judges chosen from each District to form a total of 15 appeals judges. Even though judges are selected from districts, once appointed, each judge has statewide jurisdiction. Before an individual can become an Indiana Court of Appeals judge, the person must have practiced state law for at least ten years or served as a judge in an Indiana trial court for at least five years. Court of Appeals judges are nominated through a merit selection process by the Indiana Judicial Nominating Commission. This Commission comprises of the Chief Justice of the state’s Supreme Court, three lawyers elected by the state’s legal community, and three individuals appointed by the governor.

When there is a vacancy in the court, qualified individuals that wish to be appointed as Court of Appeals, judges can vie for the position by submitting applications to the Judicial Nominating Commission. These applications will be reviewed, and the top three applicants deemed most qualified for the judgeship position are nominated. These nominees’ applications are then forwarded to the state governor, who appoints one of them to fill the vacant position.

Newly appointed judges serve for two years, after which they will be required to stand for a non-partisan retention election in their district. During this election, constituents vote either “yes” or “no” to retain the judge. Judges that get a majority “yes” vote are retained to serve a 10-year term. Judges that wish to serve consecutive terms must stand for retention elections every ten years. If the electorate decides not to retain a judge during a retention election, the selection process for the position will be started again by the Judicial Nominating Commission. The members of the court select a Chief Judge of the Court of Appeals, and this judge serves a term of three years. As stipulated by statutory law, all Court of Appeal judges must retire at the age of 75.

The Indiana Court of Appeals is divided into five panels, with three judges per panel. The most senior judge in each three-judge panel is typically the presiding judge of the panel. Each panel serves together for four months before the judges are rotated into different panels.

The Court of Appeals does not conduct new trials. Instead, when an appeal is filed, the case is assigned randomly to one of the three-judge panels. This panel reviews the case records, including the trial court’s decision and the appealing parties’ briefs. In some cases, the judges or the appealing parties may request an oral argument to augment the submitted briefs. When an oral argument is granted, each party is allowed between 20—30 minutes to present their case.

After the oral arguments have been concluded, and the case records have been fully reviewed, the three-judge panel reaches a decision. This decision may either affirm or reverse the decision rendered by the trial court. In some cases, the Court of Appeals may send the case back to the trial court for a retrial. Note that even though there is no time limit for the appellate process in the Indiana judicial system, the average time within which the Court of Appeals renders a decision after receiving a case is four months.

The Indiana Clerk of the Appellate Courts is the record custodian for all Court of Appeals records. Interested parties that wish to access these records may do so by contacting the Records Division of the Clerk’s office at:

Also, interested persons can also search for Court of Appeals case records online through the Indiana judicial systems’ appellate case search website. The website hosts case records which can be accessed by performing case number, litigant name, or attorney name-based searches. Oral arguments can also be viewed online via a separate website. Finally, the Court of Appeals’ opinions and memorandum decisions can be obtained online through the appellate decisions webpage.

Members of the public may contact the Indiana Court of Appeals at: 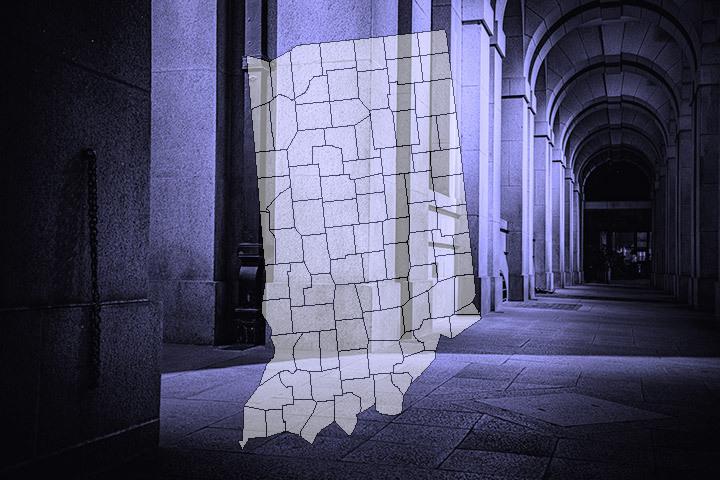