What Are The Differences Between Federal And Indiana State Crimes?

Federal crimes and state crimes are significantly different in the United States. Federal offenses are illegal acts against the United States’ criminal laws, and these crimes are usually indicted by federal agencies such as the Federal Bureau of Investigation (FBI) or Drug Enforcement Administration (DEA). The penalties for federal lawsuits are much more stern compared to state crimes. Some examples of federal crimes are;

However, it is possible to face charges for a crime in both state and federal courts. Multiple law enforcement agencies can investigate a particular criminal case at both state and federal levels simultaneously, and the prosecution process will mean the offender is charged at a federal and state court. Certain crimes that will make a criminal face state and federal charges are child pornography, drug trafficking, weapon charges, and fraud cases.

Federal cases are taken up by United States attorneys, and federal judges, following the Crimes and Criminal Procedure. Federal magistrate judges are involved in the legal process to hear initial matters such as pre-trial motions. Still, the magistrate judges do not give the final decision on court actions. Grand juries are required to charge defendants in federal cases unless the defendant relinquishes the grand jury arraignment. The steps for criminal prosecution in the Federal Court system are:

A criminal case in Indiana starts with the investigation of a crime or complaint by the police authority. The police prepare an arrest report if the alleged individual has been apprehended, or a case reports if the accused was not arrested at the hour the complaint was made. The report is handed over to the prosecuting attorney or state prosecutors who are often called district attorneys, city attorneys, or state attorneys, to survey the case and conclude whether to lodge criminal charges. The case may or may not require the presence of a jury. The state of Indiana has laws that make specific actions unlawful, and every jurisdiction has penalties set in place for criminals that violate Indiana criminal codes. On rare occasions, the state court’s punishment may be more severe than that of the federal court, but an individual can be charged under the two systems.

How Many Federal Courts Are There In Indiana

According to the Freedom of Information Act (FOIA) and the Privacy Act of 1974, files and documents generated from federal cases are available for public access. However, records secured from disclosure by the nine exemptions to the FOIA are not accessible for public review.

Records identified with legal actions are commonly placed in a case file. A case file incorporates details of court procedures. Still, it may exclude materials revealed through discovery, which are not documented with the court and preliminary exhibits that were not admitted as proof.

Records that are considered public may be accessible from some third-party websites. These websites often make searching simpler, as they are not limited by geographic location, and search engines on these sites may help when starting a search for a specific or multiple records. To begin using such a search engine on a third-party or government website, interested parties usually must provide:

Even though PACER allows the public to retrieve federal court records, each court still has its specific database. It is also possible to be denied access to a record for several reasons, such as the invasion of privacy due to the case file’s sensitive nature, availability of the record, and inability to state the exact record being sought in the request.

Requesters can either search by the specific court where the case was handled or by national index to find a federal case in Indiana using PACER. Either way, interested individuals will be required to register or log in first. Access to case information on PACER costs $0.10 to download a page, and the required fee excludes reports that are not case-specific, name searches, and transcripts of federal court proceedings.

How To Find Federal Court Records In Indiana?

Interested persons can inspect and make copies of judicial records and documents filed in a federal court through the Office of the Public Access Counselor, which is located at:

Requesters can as well order/request copies of civil cases, the court of appeals, bankruptcy, and criminal case files via mail or on the phone from the Clerk of the District Court maintaining the records. When ordering, the description must be accurate so the record keeper can provide the document in question. Some district courts have specific request forms to be filled before access is given or may ask the applicant to present a written request. If unsure of which district court to contact, the local library or State Information Center may help.

Also, interested parties can download and complete the appropriate form to order federal court records by mail, fax, or email. The forms are as follows:

Cases filed before 1999 are in paper format and are not maintained electronically. Access court documents generated before 1999 can be granted by visiting the court where the case was filed or the Federal Records Centers (FRCs).

Can Federal Crimes Be Dismissed In Indiana?

Cases of dismissal of federal crimes are relatively rare in Indiana. However, closed federal lawsuits, authorized by the court or persecutor, do not proceed to a trial or plea. Federal crimes can be dismissed under the following conditions;

When a search is conducted for none of the legal reasons and without a warrant or unique situation, any proof gotten from the search is inadmissible and cannot be used against the defendant because it violated human rights. If the court finds a search illegal, then the defendant’s attorney can request the case’s dismissal.

How Do I Clear My Federal Criminal Record?

There is no valid expungement statute in the United States, and the district courts in charge of federal cases may not permit the expungement of federal cases, except in certain instances. Clerical error or defects, evidence of innocence, or improper conduct of the government discovered during a court proceeding can lead to the removal of federal criminal records. Furthermore, if the government does not object to removing case files of criminal convicts, the court may go ahead. The purpose of expungement is to remove the details of a criminal conviction from a person’s criminal history record. The individual can deny ever being tried for a criminal case. The Attorney General may possess a non-public index for expunged records within the United States.

When there is a need to protect an individual’s fundamental legal rights, the federal court may grant the removal of the criminal record. Also, if a convict can prove that the criminal records’ validity is causing economic hardship, the court can consider expunging the files from the criminal case. The 115th Congress passed a bill in 2018 to permit the expungement of nonviolent criminal offenses, but unfortunately, the bill was not passed into law.

Individuals must file a petition at the court where the applicant was convicted to clear a federal criminal record. The query will be passed to the United States Attorney in charge of the district court, which may submit recommendations to the court. In response to the petition, the government and the petitioner will present evidence before the court. The interest of the defendant will be assessed in line with the evidence and public safety. The court may decide to deny the motion for expungement, and in such cases, the petitioner may not file related requests in the next two years. 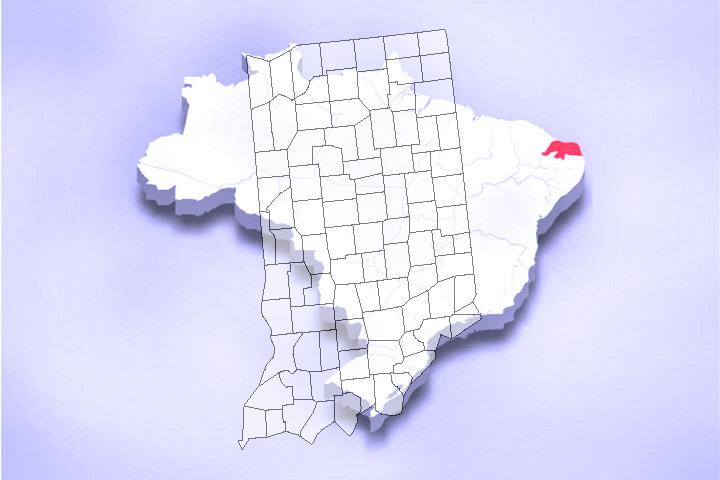