I Agree
What To Do When You Are On Trial For a Crime in Indiana | IndianaCourtRecords.us
Indiana Court Records

What Do You Do If You Are on Trial for A Crime in Indiana?

Persons put on trial for a crime in Indiana are advised to hire legal counsel to understand the charges brought against them and their consequent penalties. Defendants arrested and put in jail, may seek release by posting bail. However, the Indiana Judiciary refuses bail privileges to persons charged with felony crimes. At the initial court hearing, the court requires defendants to enter a preliminary plea of guilty or not guilty with the prosecutors.

What Percentage of Criminal Cases go to Trial in Indiana?

The Indiana 2018 Judicial Year in Review report states that 1,239 cases were disposed of by jury trials, and state judges presided over 53,466 cases that went to trial courts in Indiana. The number of cases disposed of by bench trial made up 4% of the total number of cases heard in Indiana courts in 2018, while jury trial disposition made up 0.10%. Of the total number of court cases filed during the year, 291,207 were criminal cases. One thousand thirty-seven (1,037) of these criminal cases were handled through jury trials, while bench trials sorted out 1,992 cases. Overall, a total of 1.04% of criminal cases go to trial in Indiana.

When Does a Criminal Defendant Have the Right to a Trial?

Following the Indiana rules of criminal procedure, every criminal defendant has the right to a trial before an impartial jury or bench. Article 1 §13 and §20 of the Indiana Bill of Rights ensure that concerned persons can have a public trial in the county the crime was committed, hear the accusations brought before them, meet the witnesses, and have the right to produce witnesses in their favor. The right to trial is protected by any form of violation. A trial usually occurs when the prosecuting attorneys and the defense attorney cannot reach a plea agreement. After the initial hearing, the prosecutors may offer a plea bargain to the defendants, who may be negotiated by the defendant’s attorney. Failure to reach an agreement proceeds the criminal case to a trial.

What are the Stages of a Criminal Trial in Indiana?

The stages of a criminal trial in Indiana are:

How Long Does it Take For a Case to Go to Trial in Indiana?

Typically, the length of a trial process in Indiana is dependent on the severity of the offense(s) the defendant is charged with and the complexity of the criminal case. However, the Indiana statute of limitations ranges between two to five years, depending on the criminal offense. Nonetheless, level 1 and level 2 felonies (such as attempted murder) may be prosecuted regardless of the time.

What Happens When a Court Case Goes to Trial in Indiana?

Jury selection: If the defendant requests a trial by jury, the first day of trial is dedicated to selecting jurors who the attorney interviews. Each side may reject or accept jurors to sit on the panel. For misdemeanors and class D felony offenses, there are six jurors. Twelve jurors preside over trials involving classes A, B, and C felony offenses.

Opening Statements: This involves both parties’ attorneys giving an outline of the case and the evidence they will present. The prosecutor begins, followed by the defense attorney.

Presentation of Witnesses and Evidence: In the stage, each side presents its case-in-chief. The case-in-chief includes all evidence and witness testimony that both parties present. Cross-examination also occurs in which an opposing attorney questions the witnesses.

Closing Arguments: Each party has a specified amount of time to wrap up their arguments with a final statement to convince the jury why they should vote for a guilty or not guilty verdict.

Jury Instructions: After the closing arguments, the judge will read some instructions to the jury concerning how to deliberate on the case and reach a verdict.

Jury Deliberation: The jury meets in private and tries to reach a unanimous verdict. If the jury cannot agree on a verdict, the case may be re-tried later with a different jury.

Verdict: If the jury unanimously votes for an acquittal, the court deems the trial completed, and the defendant is cleared of the charges brought against them. However, if the jury returns a guilty verdict to court, a sentencing date is set, and the defendant may remain in custody.

Pre-sentence report: This involves an officer of the Adult Probation Department preparing a report that contains the defendant’s details, information on the case, and the victim impact statement.

Sentence Hearing: Typically, the judge imposes a sentence, following the law, at this hearing based on the case’s facts and the pre-sentence report.

Can you be Put on Trial Twice for the Same Crime in Indiana?

No, individuals cannot be tried multiple times for the same crime in Indiana. Following Article 1 §14 of the Indiana Bill of Rights, persons acquitted of criminal charges cannot be in jeopardy twice for the same offense in criminal prosecutions. The United States Constitution also has a double jeopardy law that forbids defendants from being re-indicted for the same crime.

How Do I Lookup a Criminal Court Case in Indiana?

Interested parties may look up information on criminal court cases in Indiana by contacting the court clerk where the case proceedings occurred. Individuals can obtain the contact details of the clerk via the Indiana Court Directory. The clerk may require querying parties to provide some information on the case to facilitate retrieval. Querying parties can also use reliable third-party websites to obtain desired criminal court case information.

Indiana criminal court records can be obtained online via the case search website provided by the state judiciary. The website offers information concerning criminal cases handled by Indiana courts that use the state’s Odyssey case management system. Interested individuals can access both ongoing and dismissed criminal cases that the courts make available. However, confidential and expunged records are unavailable on the portal.

How Do I Remove Public Court Records in Indiana? 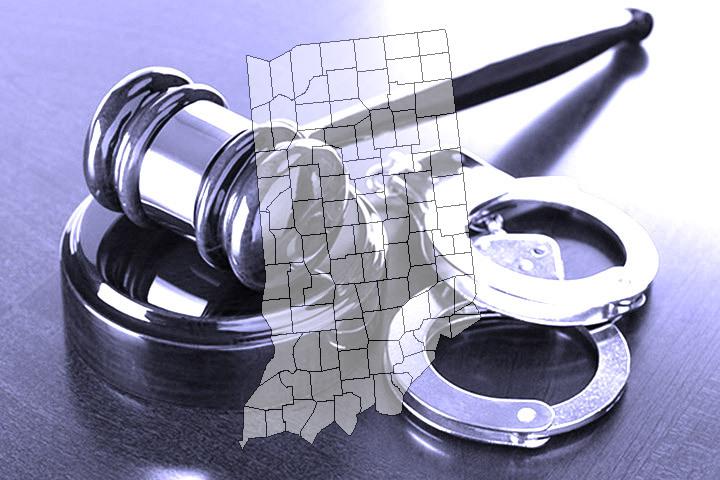