What are Indiana Divorce Records?

Indiana divorce records are documents that prove that the parties named on the records have finalized their divorces in the state. These divorce records are issued by official state authorities and contain the names of the divorced parties, the dates and locations of the divorces, and any divorce settlements between the parties. Per the United States Census Bureau’s 2018 records, Indiana had the 6th highest number of divorces, at 9.9 divorces per 1,000 women over 15 years old.

Indiana is a “no-fault” divorce state, which means that one or both parties can file for divorce claiming the irretrievable breakdown of the marriage, without having to prove that the other party defaulted. However, to request for dissolution of marriage, the petitioner may include faults. The following are officially recognized faults for dissolution of marriage in Indiana:

Indiana couples who wish to end their marriage may do so, depending on the facts, with one of the following options:

Dissolution of Marriage, also known as divorce, is a permanent and legal way to end an Indiana marriage. When finalized, all obligations between both parties become void, except as contained in the settlement terms of the divorce. A judge may easily grant a divorce if it is uncontested. This means that both parties agree to the divorce and also find an agreeable way to distribute assets and settle all pending terms. The state, however, still recognizes that a marriage took place.

If granted, an annulment ends a marriage and assumes that the marriage never took place. A court may grant an annulment for several reasons, including if:

One or both parties may also file for legal separation. This allows the couple to live separately but remain duty-bound to each other, according to the settlement terms set by the court. A legal separation, however, doesn’t end a marriage.

A divorce is finalized when the judge passes judgment, and the court enters a divorce decree, subject to an appeal. Divorce records in Indiana are available with the Clerk of Court in the county where the divorce took place. Indiana divorces usually take between 30 to 90 days before completion. However, in a contested divorce case where parties have disagreements, the process could take longer.

Are Divorce Records Public in Indiana?

All authorized persons must be at least 18 years old to gain access to divorce records.

What are the types of Divorce Records available in Indiana?

The State of Indiana allows access to divorce decrees. A divorce decree contains a divorce case’s final judgment and represents the end of the case. The divorce decree also includes the obligations of each party, including the sharing of assets and liabilities, child support and visitation, child custody, alimony payments, and other financial duties.

Divorce decrees are only available with the Clerk of Court in the county where the divorce was finalized.

How Do I Get Divorce Records in Indiana?

The process required to obtain a divorce record depends on the county where the divorce took place. Most counties require requesters to submit official requests by filling a form. Some counties don’t have a specific process for obtaining divorce records. Since the divorce decree is a court record, requesters may need to make a direct request to the Circuit or Superior Courts in different Indiana counties.

Records are only available after providing personal information of the requester, and also providing details on the persons named on the desired records. Generally, requesters may access divorce records in three different ways:

These records are usually available at varying fees, also depending on the county in question. Some counties may charge a search or duplication fee. Additional costs may also apply if certified copies are requested. Requests by mail will also require a check or money order, in addition to a self-addressed and stamped envelope.

Use the Indiana Directory of Courts & Clerks to find contact details of all courts and clerks, as provided by the Indiana Judicial Branch.

While divorce and marriage records may be searched through government sources and organizations, the availability of these documents cannot be guaranteed. This is also true of their availability through third-party websites and companies, as these entities are not government-sponsored therefore, record availability may vary further. Also, note that marriage and divorce records are considered extremely private due to the information the records contain, and are often sealed. Hence, bear in mind that these factors determine the availability of any type of marriage or divorce record.

Who Can Obtain Divorce Records in Indiana?

Divorce records are only available to the divorced parties, close family members, and people with a legal interest in the records. Members of the general public may be allowed to view these records but will be restricted from obtaining copies.

In addition, the Indiana Judicial Branch allows access to court case information through its online case platform. Requesters may search by Case, Name, or Attorney. The platform also features a Court drop-down menu to restrict the search if the court that finalized the divorce is known. There is also the option of more blanket court selections if the specific court is unknown.

Since the platform is for all kinds of cases, requesters have to limit the search to Family cases. However, note that the information available on the online case platform is limited, and full details are only available from the Office of the Clerk of Court in the county where the divorce took place.

How Do I Seal My Divorce Records in Indiana?

Sealing divorce records begin with filing a motion with the court that handled the case. The party filing to seal the records must prove that the need to seal the record is more important than the state’s open records practice. According to the Indiana statute on sealing records, a request must satisfy the following:

To decide, the judge will hold a hearing to determine if the requester’s reason for sealing the records agrees with the state’s statute. All parties to the records must be allowed to testify at the hearing and submit written briefs. Depending on the testimonies presented at the hearing, the judge may deny the seal request, seal specific parts of the records, or seal the records entirely.

The general public may not have access to sealed records, except by permission of the judge. However, sealed records may not remain sealed indefinitely as the statute specifies that all sealed records must be unsealed at the earliest possible time once the circumstances that required the sealing no longer exist. 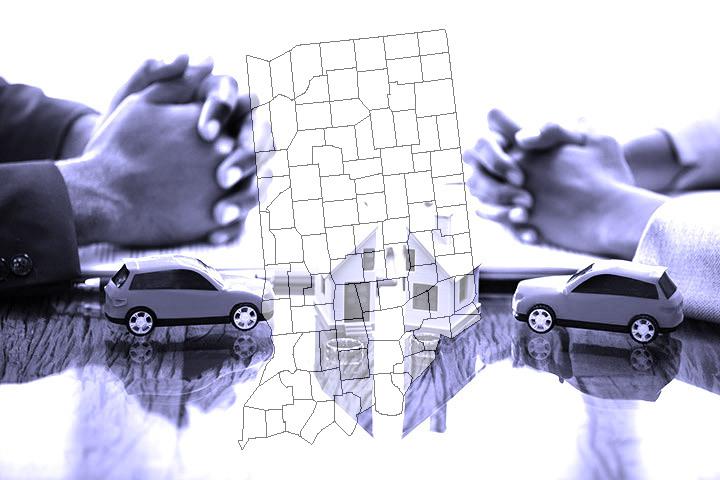