I Agree
How Does The Indiana Supreme Court Work? | IndianaCourtRecords.us
Indiana Court Records

How Does the Indiana Supreme Court Work?

The Indiana Supreme Court also has original exclusive jurisdiction over the following types of cases:

In addition to its appellate jurisdiction, the Indiana Supreme Court is also responsible for the judicial administration of the Indiana court system. Some of this court’s administrative responsibilities include:

The Indiana Supreme Court comprises five justices, a chief justice, and four associate justices. However, following statutory law, up to eight associate justices may be appointed to the Supreme Court in situations deemed necessary by the state’s General Assembly. Justices are chosen through a merit selection process that involves the state’s Judicial Nominating Commission. This is a seven-member commission composed of the Chief Justice of Indiana, who acts as the commission’s chair, three lawyers elected by the state’s legal community, and three non-lawyers appointed by the state governor.

When there is a position available on the court, individuals interested in being appointed to the position must submit applications to the Judicial Nominating Commission. After the submitted applications have been reviewed, the commission then nominates three applicants that it deems the most qualified for the available position. The State Governor will then appoint one of these nominees as a Supreme Court justice.

After the newly appointed justice has served for two years, the justice will be required to stand for a retention election during the state’s general elections. If the justice is retained, then the justice may serve a 10-year term. Retained justices that wish to remain in office are required to stand for retention elections every ten years. In situations where the appointed justice is not retained after the initial two-year term, then the Judicial Nominating Commission shall begin the selection process again.

Individuals who wish to be appointed as Indiana Supreme Court justices must have either practiced law in the state for a minimum of ten years or served as state trial judges for five years. After justices have been appointed, a Chief Justice is selected by the Judicial Nominating Commission. Indiana Chief Justices serve five-year terms. Note that Indiana Supreme Court justices must retire at the age of 75, regardless of whether they are still serving a term.

The Indiana Supreme Court has the discretion to decide the appeal cases it wishes to hear. This does include cases where the Supreme Court has original exclusive jurisdiction, as the court is mandatorily required to review appeals in these types of matters. Parties that wish to appeal decisions rendered in any of the state’s intermediate appellate courts will be required to file a transfer petition.

In civil case appeals, the petition and all submitted documents are reviewed and summarized by the Indiana Office of Supreme Court Administration before being forwarded to the Supreme Court justices. However, in criminal case appeals, the petition and all other submitted briefs and documents are forwarded directly to the justices. The justices will then review these materials together and decide whether or not to accept the case.

While reviewing the case materials, the justices may also decide to hold an oral argument (oral arguments are usually always granted in cases that involve the death sentence). These oral arguments are open to interested members of the public. After the materials have been reviewed, and any oral arguments have been heard, a vote is taken. If at least three justices vote to reject the case, then the petition to transfer is denied, and the appellate process is officially concluded.

However, if at least three justices vote to accept the case, then the petition to transfer is granted, and a Justice is selected to write a draft opinion of the court on the case. This draft opinion is shared with the other justices, who then read it and vote, and the opinion containing the court’s decision is published. In cases that involve the death penalty, a petition for rehearing may be filed by the losing party.

The Indiana Supreme Court is the state’s highest court, and final decisions reached by this court in an appeal case are considered the end of the appellate process. Decisions on questions of Indiana state law cannot be appealed any further; however, decisions concerning federal law or the United States Constitution may be appealed further at the United States Supreme Court.

Copies of Indiana Supreme Court records can be accessed through the Records Division of the Indiana Office of the Clerk of the Appellate Courts located at:

The Indiana Supreme Court is located at: 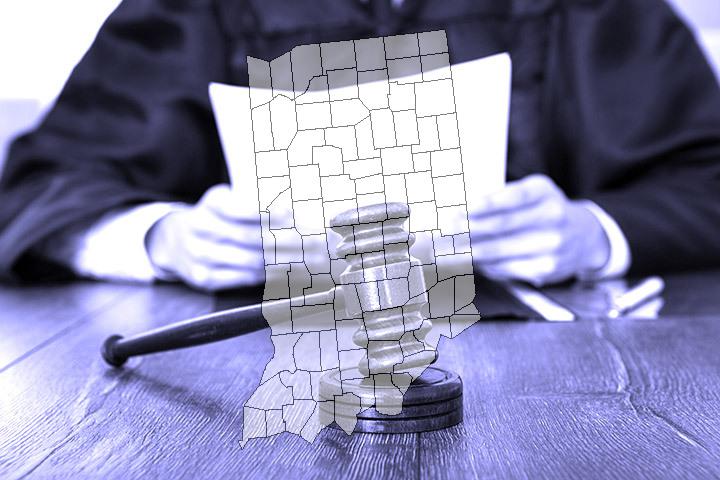