What are Indiana Traffic Court Records?

Indiana traffic court records are the legal documents and case files created from the proceedings of the traffic courts in the state of Washington. These include records related to moving violations & non-moving under the motor vehicle code of the state of Indiana.

Traffic court records are designated as public records, under the public access to information law. This ensures that members of the public have the right to request to access and view all traffic records in the state of Indiana except for particular records which have been restricted by a judge or the law.

Getting a Traffic Ticket in Indiana

An Indiana Uniform Traffic Ticket is a computer-generated long-form issued for traffic violations, by law enforcement officers. It is a representation of the observations of the officer regarding the alleged violation and will be completed by the officer at the scene. It will usually have copies for the offender, the officer, the courts and other relevant stakeholders. It will include data of the offender including full name, date of birth, social security number, physical & mailing addresses (if different). Details of the vehicle involved as well as the offender’s license information will be added. The charge being cited and the statute section being violated will be listed, along with the location, date and time of the incident. Also included on the ticket will be the name and location of the court which the offender should appear before, and a date and time for the appearance. It will also state if the court appearance is required or not.

Court appearances are usually not required for minor infractions. The officer will include a description of the offenses and details in his own words of the incident. Fines to be paid should be included on the ticket, but if not you can contact the county court listed to obtain the amount. You will be expected to sign the ticket before receiving your copy. This is not viewed as an admission of guilt, only an acknowledgment of the charges against you.

Traffic tickets come with financial repercussions including fines, court fees and penalty points on your record. Indiana operates a points system and traffic violation convictions reports are sent to the Bureau of Motor Vehicles, who maintains the points system. Obtaining 18 points in 2 years will lead to probation or possible suspension of your license for 30days or more. Convictions on up to 3 major offenses in 10 years will lead to the tag of a Habitual Traffic Violator (HVT) and a 10-year suspension. The offense being cited for determines the fine you will pay as fines for different violations vary. Failure to pay by the assigned court date and failure to appear in court will lead to a guilty verdict against you and possible issuance of an arrest warrant. You will also be liable for additional late fees. Refer to your traffic ticket or Traffic Violation Bureau website for your exact citation amount, deadlines, and penalties.

What to Do When You Get a Traffic Ticket in Indiana?

If you receive a traffic ticket in Indiana, you have the following options

Admitting to an Indiana traffic violation is viewed as a guilty plea and your acceptance of responsibility for the charges. You consent to all penalties, including all fines, fees, and other charges, and rescind your right to contest the ticket.

A No Contest plea means accepting to pay the ticket without an admission of court. This can be to protect from liability in civil cases which might arise as a result of the violation. It generally has the same effect as a guilty judgment, so you will be liable for all fines and penalties.

Denying an Indiana traffic violation is viewed as a Not Guilty plea. Doing so informs of your intention to contest the ticket in court.

Convictions go on your record with the Indiana BMV and remain for 2years.

The District Attorney has initiated an Infraction Deferral Program enabling persons who have committed certain traffic violations to maintain a point-free driving record. Completion of the program ensures a dismissal of the ticket, avoiding the accumulating points on the license and having the points added to a person’s record. The program is voluntary, but once you enter the program, you must complete all of the terms of your agreement. You have to be eligible for the program so verify with the prosecutor.

How Do I Find Indiana Traffic Court Records?

Traffic court records may be available on the traffic violations bureau (TVB) website or third-party websites. Physical access to traffic records can be obtained by putting in a request at the court clerk’s office. Applicants for these will need to visit the court clerk’s office to make and be granted the request. You will then have access to view the records. Coping of the records may attract a court fee.

Publicly available records are accessible from some third-party websites. These websites offer the benefit of not being limited by geographical record availability and can often serve as a starting point when researching specific or multiple records. To find a record using the search engines on these sites, interested parties must provide:

Third party sites are not government sponsored websites, and record availability may differ from official channels.

What information is required to obtain Indiana Traffic Court Records?

To obtain traffic records about a third party, you will need information about the record you are requesting such as a first and last name, date of birth and social security number. There might be other information required. You will need to provide a valid ID for verification, and there might be the need to pay court fees depending on the scope of the request.

Are all Traffic Violations handled the same way, in Indiana?

Most traffic violations in Indiana are considered civil offenses by the courts and handled in more or less the same manner irrespective of the type of offense cited on the ticket, so while fines and penalties received will differ the processes involved in resolving the case will be the same. The exception might be if you are considered to have committed a crime (a criminal offense) while committing the traffic violation, in which case your offense will be treated as a criminal.

Can Indiana Traffic Records be sealed or expunged?

In the state of Indiana, the law allows for the expungement of all but the most serious violent and sexual offenses after graduated waiting periods. It also enables the sealing of expunged non-conviction records and records of less serious convictions.

A person may petition the court to seal the records for an arrest or criminal charge that did not result in a conviction after one year from the date of arrest or charges being filed. If the person qualifies and has provided all of the required information, the court is required to grant the petition and if granted, the information will be removed from the petitioner’s criminal history. A person convicted of a misdemeanor may be eligible for expungement if at least five years have passed from the date of conviction. Also, the petitioner must show that no charges are pending, that no crimes have been committed in the previous five years, that all fines, fees, and restitution have been paid and there were no convictions for two or more separate felonies that involved the use of a deadly weapon. If the petitioner meets all of the requirements and pays a filing fee the court must grant the petition.

How does one end up in an Indiana State Traffic court?

One can end in an Indiana traffic court if one chooses to deny the charges and contest the citation received from a law enforcement officer and issued for a traffic violation. The charges brought against you will be considered infractions or violations and not criminal offenses. You can also end up in traffic court if you wish to pay the fines but wish to enter a plea of No Contest to the charges.

Which Courts in Indiana have Jurisdiction to Hear Traffic Violation Matters?

Traffic violations cases in Indiana are handled by the Circuit Court, of where the county where the violation was alleged to have occurred. 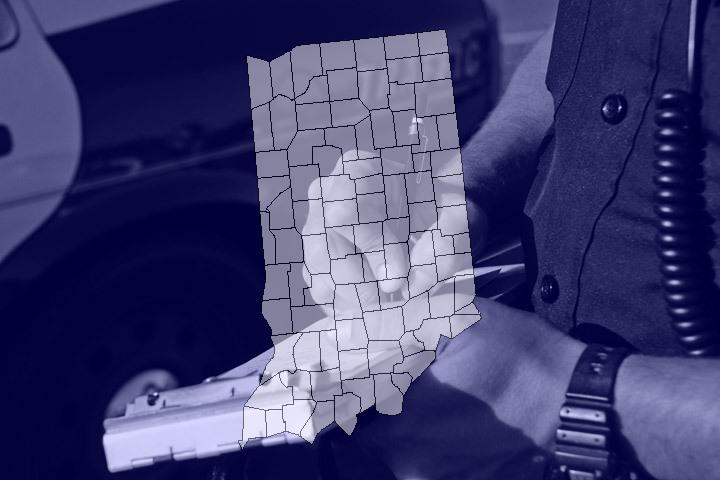