The prison system in Indiana deals with the correction and rehabilitation of criminal offenders, and their reentry into society. Individuals enter this system because of a criminal offense or conviction and are referred to as inmates. The Indiana Department of Corrections (IDOC) manages inmates confined to the state prisons while the county sheriff departments are responsible for the care and maintenance of persons incarcerated in county jails. According to the Offender Population Report for November 2020, there were 42,906 persons incarcerated within the state. 23,978 (55.8%) of that number were supervised by IDOC.

What is the Difference Between Jail and Prison in Indiana?

Generally, “jail” and “prison” are synonymous terms that refer to a structure or space where convicted individuals are imprisoned for a period as punishment for their crimes. In legal terms, however, a slight difference exists. An Indiana jail is run at the county level by local law enforcement agencies. It is chiefly inhabited by persons with short-term sentences (1–2 years or less), or detainees awaiting trial.

An Indiana prison, on the other hand, is a state facility used to hold persons who have been convicted of the more serious crimes and who are serving longer sentences. The Indiana Department of Corrections has custody over such persons.

How Many Prisons are in Indiana?

The State of Indiana has 19 prisons maintained by IDOC. These prisons are grouped according to:

The IDOC penal institutions are as follows:

How do I search for an Inmate in Indiana State Prison?

To find inmates incarcerated in Indiana state prisons, an individual may use the Offender Database Search. This web-based locator is provided by the Indiana Department of Corrections. Search results can be obtained by entering an offender’s name (first or last) or IDOC number. The IDOC updates this database frequently.

Are Incarceration Records Public in Indiana?

Yes, incarceration records are available to the public in Indiana under the Access to Public Records Act (APRA) unless exempted by law. Although the APRA gives state agencies the authority to disclose certain records at their discretion per IC § 5–14–3–4(b), it is mandatory that certain information regarding the identity of an inmate is accessible by the public. The administrative units of correctional facilities may, however, restrict access to any information that compromises the security of a facility (state or county-operated), or that relates to a correctional officer, crime victim, law enforcement officer, judge, or their family members (if the record is requested by an offender).

Anyone who is interested in obtaining offender records maintained by IDOC may request by phone (317) 232–765, email, or by mail to the following address:

Records that are considered public may be accessible from some third-party websites. These websites often make searching simpler, as they are not limited by geographic location, and search engines on these sites may help when starting a search for specific or multiple records. To begin using such a search engine on a third-party or government website, interested parties usually must provide:

How to Look Up Jail Records in Indiana?

Indiana Code, Section 5–14–3–5(b) establishes the public’s right to inspect and copy jail records such as:

Following this law, members of the public can contact or visit a local sheriff’s office to find or look-up jail records within the state. However, a faster method will be to use Inmate Locators or Inmate Database Searches featured on the websites of county sheriffs. Usually, searchers are able to look-up an inmate using personal details such as a first/last name, date of birth, and sex, or a unique identifier such as a booking number, booking date, or housing facility. Most county correctional facilities offer this service, including those located in Marion, Dearborn, Hamilton, Wayne, Elkhart, Whitley, and Hamilton counties.

Similarly, arrest records can be requested from the local law enforcement agencies under IC § 5–14–3–5(a). Information that can be obtained includes the name of an arresting/investigating officer and agency, identifying details of the arrested person (name, address, age), the bail amount, time/date/place of arrest, and details of the criminal charges. To look-up an arrest record, an interested party may contact the applicable sheriff’s office or department. However, some sheriffs including Randolph County make it possible to view information on recent arrests such as the full name of an arrested person, the arrest date, charge, city/county of arrest, and arresting agency.

Can Jail Records be Expunged in Indiana?

Generally, jail records are not expungeable in Indiana. Expungement or sealing is available for criminal records maintained by the courts and Indiana State Police, but even then, the relief obtainable is limited. Basically, an expungement destroys a person’s arrest and criminal conviction history, while sealing a record hides it from public inspection or copying. The criminal record is different from a jail or inmate record which is created when an individual is detained or serves a term of imprisonment in a county jail or state prison. However, by expunging or sealing a criminal record, certain information such as an offender’s arrest or conviction can be concealed or destroyed as well. 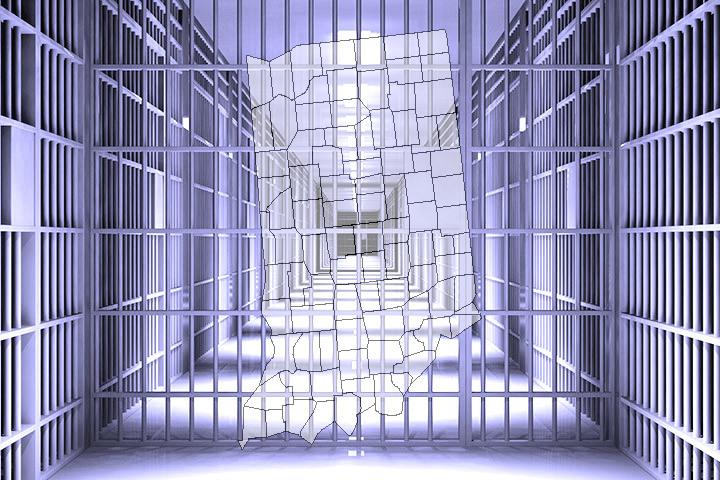